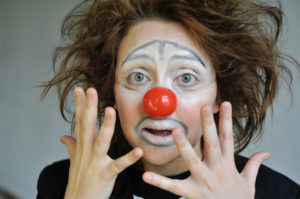 Olga was born in Tambov, Russia and took her first piano lessons at the age of five. After moving to Germany in April 2012 she obtained her Masters degree with honors at the University of Music and Drama in Rostock in 2014. There she studied under the professor Bernd Zack and has also received a subsequent teaching position. Olga has participated in several master classes under such luminaries as Viktor Merzhanov, Alexander Alexandrov, James Kirby, Tami Kanazawa, Yuval Admony and Alexander Bondurjanskij. During her studies she performed in numerous competitions and international festivals such as the Festspiele Mecklenburg-Vorpommern, the Primavera Festival in Vienna, as a soloist at the Norddeutsche Philharmonie Rostock and at the Music Festival Tambow.

Olga has received many awards including first prize at both the Musica Classica in Moscow and the XXI Century Art in Kiev, a special award at the international festival Verfemte Musik in Schwerin, the Advancement Award from the Oscar and Vera Ritter-Foundation for best piano accompaniment at the maritime competition and an award at the first German-Polish Piano Competition.

Aside from a flourishing solo career, Olga is in high demand as a chamber musician. Since 2014 she regularly performs with the famous quartet from Hamburg ‘Salut Salon’ and her Piano Sound-Clown Duo ‘Klavieriki’. She is also a member of the jury for piano at the renowned Hamburg Instrumental Competition. Olga currently lives in Berlin.